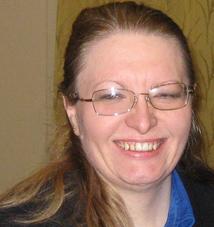 I am a Zimbabwean born British Citizen, living in South Yorkshire, England. I am the middle child of three girls. My parents immigrated to Rhodesia (as it was then) to have a chance at a better life. I was born and raised in a beautiful country, with lots to offer a young family. I left Zimbabwe in 2002 to be with my family, who had also left the country due to the political and economic situation at the time.

I have been an avid reader for as long as I can remember. I have always been fascinated by books, and my dream job while growing up was to be a librarian (or a baker, but that’s an entirely different story). I have wanted to be a proofreader for many years, but it wasn’t until I began to blog and write reviews in 2011/2012 that the possibility of doing a course began to gain momentum. I opened my Book Reviews by Lynn Facebook page in June 2012 and my Blog a little bit later, and have seen the popularity of my reviews rise. It has been a humbling experience because I never expected anyone to appreciate my opinion.

Since beginning my blogging and reviewing hobby (although I see it as a career) I have been in contact with some fantastic authors (some mainstream, but mostly independent ones). Their talent and enthusiasm for the written word inspired me into following my dream. Although I have never been to college or university, their acceptance of me as an equal has made me want to reciprocate somehow. Becoming a qualified editor and proofreader is my way of doing just that.

I am happily single and currently have no pets.